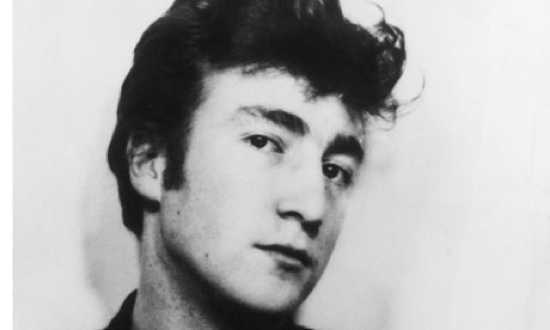 The murder of John Lennon was now thirty-five years ago — hard to believe that much time has passed. So in remembrance, I thought I’d dust off this non-fiction piece of mine which ran in FreeFall Magazine in 2012.

We All Shine On: What I Learned from John Lennon

December 8, 2010 marked the thirtieth anniversary of John Lennon’s murder. I’m older now by seven years than he ever got to be, and here I am writing about him again. Over the years I’ve written about him several times, first in an angry essay on the bloated and shameless media reaction to his murder, “Tragedy for Fun and Profit” which ran in our high school newspaper. My schoolmate Warren Kinsella read it and said I should be a journalist. I’m writing about Lennon again now because as time goes by, and especially with the passing of each December 8th, I realize more and more what a debt I owe him.

Many times, as a youth playing seedy Calgary bars like The National Hotel in my own band, I thought of Lennon and his Hamburg experience. He and his bandmates, barely out of their teens, honed their craft between 1960 and 1962 in strip clubs in the Reeperbahn, Hamburg’s red-light district. Far into the night, night after night, they accompanied the dancers, fuelled on dexies and bennies and beer. The Beatles Live at The Star Club album is a collection of poor-quality recordings made in those days, before the band was famous. They make mistakes, sound bored at times, take the odd jab at the audience who likely doesn’t understand or care what these scruffy English boys are saying. Yet, in the Chuck Berry and Little Richard covers the band performs, and the early Lennon and McCartney originals, the raw energy, the eros, the undeniable power of their creativity comes through.

On December 8, 1980, I was seventeen. Before that, I thought I’d somehow meet Lennon someday. I’d thank him for all the music, tell him what a great influence he’d been on me. Then suddenly he was gone, and I was depressed about it for months. For me his death was personal. My two best friends and I had started listening to The Beatles when I was twelve. Strange as it sounds now, with every school kid (including my own sons) listening to The Beatles, in the late seventies amid our Led Zeppelin, KISS and disco-listening peer group, we were absolute freaks. At fourteen, I was playing guitar with my friend Mary. By the time I was sixteen we had a band, and being freaks, it was inevitable that we’d end up involved in Calgary’s nascent punk scene. Still, we always did at least a couple of Beatles covers, and they remained my favourite band for many years. I’m not sure I still have a favourite band — I listen to all kinds of music these days — but if I do, I guess The Beatles are still it.

While Lennon inspired me to play in a rock band, his influence stretched beyond that. I ended up dropping out of art school like he did, though I like to think this was more a shared spirit of rebellion, a resistance we both had to structured learning, and not a reflection of our lack of skills in visual art. I don’t play music anymore except for my own entertainment, but I do write, mostly fiction. A lot of what I learned from him applies to art in general, to writing as well as music, and to life as a whole. Here’s some of what I learned from John Lennon:

To swear a lot. Rolling Stone magazine’s Jann Wenner interviewed John and his second wife Yoko Ono in 1970. Somehow Mary and I got hold of a record of that interview, The Lennon Tapes, when we were probably much too young to listen to it and, as kids will, we listened to it a lot. I think my still often-foul mouth can be traced directly to these repeated listenings.

To be brave. John Lennon said and did a lot of things that a lot of people didn’t like. His  fairly accurate 1966 statement that The Beatles were “more popular than Jesus” inspired outrage and record burnings in the US. The British press never forgave him for leaving his first wife for a Japanese avant-garde artist. His very public views on the Vietnam War earned him a thick CIA file, and years of trouble with the US Immigration Department. His song “Woman is the Nigger of the World” was banned from the airwaves.

The press had a field day when he and Harry Nilsson got drunk in an LA bar in 1974 and Lennon emerged from the ladies’ room with a Kotex stuck to his head. “Don’t you know who I am?” he asked a waitress who refused him service.

“Yeah,” she replied. “You’re some asshole with a Kotex on his head.”

Okay, maybe that last example has more to do with drunken recklessness than courage, but the point is that he was a man who was unafraid. Unafraid to take chances, to stand up for what he believed in, to do what his heart told him to. Never mind that he sometimes made mistakes, or that some people called him a hypocrite, and worse. As long as there are artists, there will always be critics.

And as long as there are artists, there will also always be censors. A few years ago, the emasculated version of Lennon’s “Happy Xmas / War is Over” performed by the sixth graders at a carolling session at my sons’ school outraged me. The kids did a lovely job of singing the familiar verses: So this is Christmas, I hope you have fun… But the refrain — War is over if you want it — had been excised; the whole point of the song had been missed, in my opinion. Whether this was done in an effort to support our troops, or in the name of some kind of political correctness, I don’t know. It was all I could do to bite my tongue and not make a scene, though. After all, the kids didn’t know any better. But forty years later can we not dare to say, or even to hope, that war is over? Apparently not.

To be true to yourself. Speaking of critics, for most of the ten years between the end of The Beatles and his death, Lennon didn’t endear himself to them. Perhaps they wanted his work to be more palatable, more accessible like his former bandmate Sir Paul McCartney’s. Not so in-your-face and personal and often painful as Lennon’s work can be. To be fair, some of the stuff he did after The Beatles is awful. But some of it is undeniably the work of a genius. Art is about taking risks. It’s about putting yourself on the line, sometimes about standing naked for all to see. As he and Yoko did literally on the cover of their 1968 Two Virgins album (another black mark against the couple in the popular press). Lennon was never afraid to show us everything — his heart, his self, flaws and all. Look at “Mother” and “Julia”, heartbreaking songs about his painful relationship with his long-dead mother, or “Cold Turkey”, about kicking heroin. He put it all out there without hesitation. I can’t help but admire that kind of courage. Can the art that comes out of these kinds of experiences be boiled down to catchy, pretty, three-minute ditties? Do you want them to be? Popularity never seemed to be his concern.

To be human. Maybe this is the most important thing I learned from him. John Lennon has been portrayed in some recent biographies as a man beset with problems, a mean, drug-addled, sex fiend loser; in others as a peace-loving hippie saint, a modern St. Francis of Assisi. It’s reasonable to conclude that he really fell somewhere in the middle. A flawed human, a talented human, and one of the most famous humans of our time, but a human nonetheless. Human, not perfect. Perfectionism has killed many a song, a story, a poem, because of the fear that our work won’t be perfect. It won’t be. It can’t be. But if you honestly put your heart into your work, it will be beautiful, maybe at least in part because it’s not perfect. Take Lennon’s voice. Perfect? No. In his book The Film Club, David Gilmour describes Lennon’s voice as sounding like barbed wire, which it often does. Is it a beautiful voice? To my ears it is. Barbed wire can have its own beauty.

On the other hand, look at today’s sanitized pop music industry. Less than perfect voices are digitized into eerie perfection; less than perfect faces and bodies are operated on and airbrushed into some kind of unreal, sexually provocative and at the same time lifeless product. It puts me in mind of a certain kind of packaged, carefully formulated writing, constructed and formatted for a certain type of consumer after lots of market research and sales analysis by the media conglomerates that own the publishing industry, and by no small coincidence, the recording industry. This kind of music, this kind of writing, isn’t about art or self-expression. It’s about product, it’s about profit. Of course once the record companies got hold of The Beatles, they certainly became a product. It was only after they broke up that the individual members were free to do their art as they pleased. Free to be themselves. As much as it’s possible, I think it’s important to strive to be yourself at all times. I’m grateful that Lennon reminds me of that.

And in the end I’m also grateful to have a chance to say thanks after all. “We all shine on,” he wrote in Instant Karma. “On and on and on and on.” That’s certainly true of him. So thank you, John Lennon, for all the music. You’ve been a great influence on me.